T.I. Blasts Apollo Nida On Camera: “I Ain’t Snitchin’ Like You”, Apollo Apologizes For Calling T.I. A Snitch

via TMZ:
Apollo Nida won’t be comparing himself to T.I. anymore — especially when it comes to snitching — because the rapper and his crew put the fear of God into Apollo in Atlanta yesterday … and the whole confrontation was recorded.

TMZ broke the story … “Real Housewives of Atlanta” star Nida copped a plea with the Feds in his wire and bank fraud case — and part of the terms included Nida agreeing to become an informant to help catch other crooks. Aka snitching.

Nida tried to downplay our story with a tweet … claiming T.I. and Michael Vick signed similar “snitching” deals in their cases. Big mistake.

T.I. and a few of his boys caught up with Nida in a parking lot yesterday … and made it extremely clear — he better keep T.I.’s name out of his mouth.

In the vid … T.I. tells Nida their cases were not similar at all.

T.I.’s right … we’ve seen the documents and his plea agreement with the Feds does NOT include a so-called snitching clause.

Nida has since deleted the tweet — and after what happens in this video … safe to say he won’t be saying, tweeting, or even thinking anything about T.I. again. 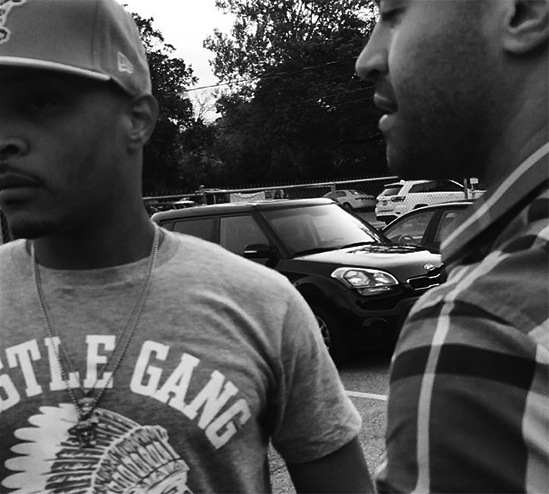 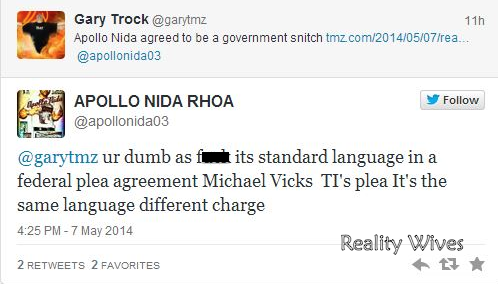