Where is there is more than one rumor …

via The Daily Beast (Cheyenne Roundtree): Police in Los Angeles have opened an investigation into rapper T.I. and his wife Tameka “Tiny” Harris over claims of sexual assault and drugging.

The anonymous woman, met with detectives virtually in April, claiming the assault took place in 2005. A spokesperson from the LAPD confirmed that the investigation is active.

A second woman, Rachelle Jenks, filed a police report with similar allegations in Las Vegas earlier this month, according to her lawyer Tyrone A. Blackburn. The Las Vegas Metropolitan Police Department would not confirm or deny if the investigation was active.

Both women are being represented by Blackburn, who is also handling the claims of several other women who have made similar allegations against the famous couple. In March, Blackburn sent letters to authorities in California and Georgia calling for an investigation into his clients’ claims, describing their allegations as an “eerily” similar pattern of “events of sexual abuse, forced ingestion of illegal narcotics, kidnapping, terroristic threats, and false imprisonment.”

The Harrises have vehemently denied any wrongdoing since the accusations first surfaced in late January. However, VH1 halted filming of their reality show T.I. and Tiny: Friends and Family Hustle while the network investigated the women’s claims. In a comment, the couple’s lawyer Steve Sadow claimed they had not been contacted by the LAPD or police in Las Vegas.

The unnamed woman’s claims were first made public in Blackburn’s letter to officials, but an investigative report made by two LAPD detectives in April and reviewed by The Daily Beast contains more details about the alleged assault. The woman claimed she was first introduced to T.I. and Tiny through a man handing out flyers in the mall and was later invited out to a club where the couple would be the next night.

The woman claimed she only had two drinks before she accepted a sip of Tiny’s Patron drink. Shortly afterwards, she claimed that she was invited back to T.I. and Tiny’s hotel room, along with some other women at the club. Eventually, it was just the woman, T.I. and Tiny when the rapper suggested they all go into the bathroom to “freshen up.”

“Once in the bathroom, Tiny took off all of victim’s clothing,” the report states. “Tiny was also naked, wearing only a shower cap. T.I. came into the bathroom naked. All three got into the shower and T.I. told victim she looked better naked.”

The woman claimed Tiny began to wash her and afterwards, she and T.I. went to go sit on the bed naked. “T.I. turned on a pornographic show, handed the victim a bottle of baby oil and told her to rub his back,” the report continues. Tiny allegedly came over and “sat on victim’s back” before sliding “up and down victim’s back while they were both naked,” according to the report. She said her last memory was sitting down on the couch before waking up the next morning with “her vagina very sore and had a burning/itching sensation.”

At this point, the woman claimed that she began to feel sick when T.I. allegedly stuck his toes into her vagina. She alleged to have told T.I. “no” before rushing to the bathroom to throw up. She said her last memory was sitting down on the couch before waking up the next morning with “her vagina very sore and had a burning/itching sensation.”

She was able to leave and get in contact with her friend from that night, who also claimed she became sick after tasting Tiny’s drink. Giving further details about the encounter to police, the woman claimed Tiny had a genital piercing and gave details about T.I.’s grooming habits.

The second woman, Jenks, 41, filed a police report in Nevada earlier this month, according to Blackburn. The Daily Beast observed a copy of the report. Jenks claimed she was approached by Tiny while she was using the restroom at Las Vegas’ McCarran International Airport in August of 2010.

Tiny allegedly asked Jenks if she wanted to hang out with the famous couple later that night, which Jenks willingly agreed. Upon meeting the Harrises at their room at the Venetian hotel, Jenks claimed Tiny offered her a shot of Patron and soon after accepting it, she began to feel dizzy.

She then alleged that while she was feeling confused because of the shot, she accepted MDMA from T.I. “After taking it, [T.I.] attempted to remove her clothes, which Jenks said no as he was being too aggressive and moving too quickly,” the police report states.

“Jenks states that she believes the initial shot of Patron was spiked and because she was drugged and under the influence, she was not able to properly consent to the events that transpired,” the police report adds.

In her written statement, Jenks claimed T.I. took her to Los Angeles on his tour bus against her wishes. “I was having screaming fits. I was crying and T.I. forced me to have sex with him on his tour bus in LA,” she wrote.

She claimed that T.I. later took her ID and told her they’d be going to Florida, stating that again she did not want to go. “When we arrived to Miami… I was forced to have sex with multiple women that I did not know,” she added.

Eventually, Jenks said she was finally able to leave, but due to the alleged drugging and events, she wrote that her “life has never been the same. I have been sick and confused.” 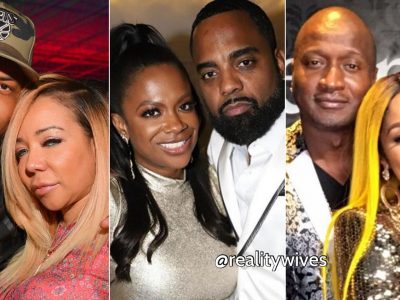