An employee at the Palm Beach Zoo died in a Malayan tiger attack while performing a routine procedure Friday afternoon, a zoo spokeswoman said.

Zoo spokeswoman Naki Carter said Konweiser was preparing a male tiger for a show at the zoo, called “Tiger Talk” just before 2 p.m. when the attack happened.

Konweiser, a three-year veteran of the zoo and tiger expert, was doing normal procedural actions with the tiger when it attacked her. Her husband also works for the zoo.

“Stacey was an expert,” Carter said. “She dedicated her life to her mission of protecting tigers.”

The male tiger was quickly subdued, allowing officials to reach the woman. She was taken to St. Mary’s Medical Center, where she died.

“This is a family who is in mourning right now,” Carter said of the zoo employees. “We all, myself included, doubled over. We’re a close-knit group here at Palm Beach Zoo. There were tears.” 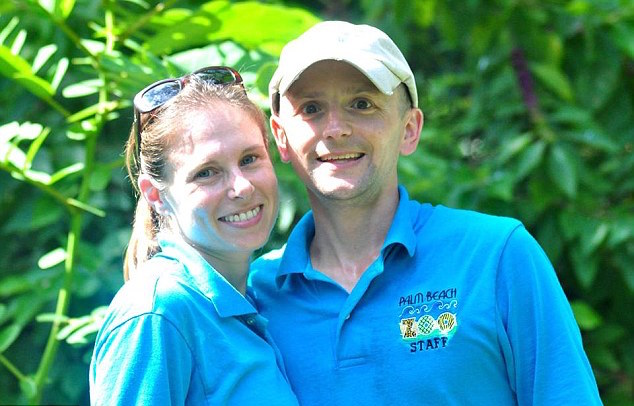 The Florida Fish and Wildlife Conservation Commission will be investigating the death. The Occupational Safety and Health Administration, and grief counselors were at the zoo.

“It’s very new and all the details are still coming in,” said Carol Lyn Parrish, spokeswoman for the wildlife commission. “Because it’s an active investigation for us, we are not releasing any information.”

Malayan tigers are “an endangered species — less than 250 in the wild. Four live here at Palm Beach Zoo,” Carter said.

Zoo keepers help breed the tigers to make sure they don’t go extinct, Carter said. “So that’s what was going on with this keeper here today, and this is just an unfortunate situation,” she said.

At no time was any guest at risk of injury, and immediately after the attack, all guests were escorted out of the zoo, Carter said. The zoo remains closed. 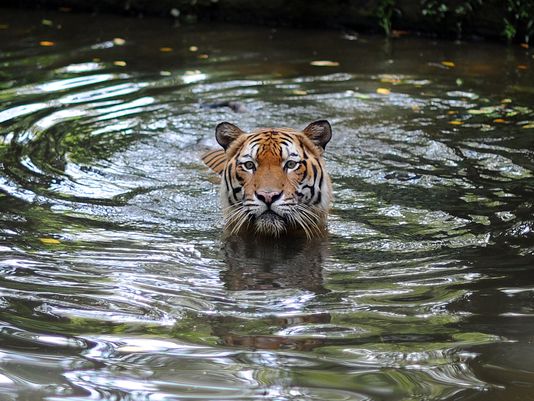 A Malayan Tiger takes a dip at the National Zoo in Kuala Lumpur on May 23, 2010.

Officials put the zoo on lockdown and were conducting security sweeps to make sure the zoo’s 500 animals are in their rightful places, Carter said.

Alena Rodriguez, 25, said she was at the zoo with a friend when she heard of an emergency underway. As the emergency unfolded, there was a commotion of the tiger potentially being on the loose, she said.

“We were trying to exit and they forced us into the gift shop,” she said.

Rodriguez and about 25 people, eight of them kids, were herded into the gift shop, she said.

“It was very sporadic,” she said. “People didn’t know what was going on.”

Rodriguez saw the tiger at its exhibit at 1 p.m. and decided to come back for the scheduled 2 p.m. feeding. She came back to the tiger cage at 1:50 p.m. and saw a trainer run by and say “we need to evacuate.”

Rodriguez said that she and her friend tried to exit the zoo and were told to stay in the gift shop. She said she didn’t know what was going on, but she heard sirens. She wasn’t frightened, but was worried for the children, she said.

Then 20 minutes later, she heard from a zoo employee that the tiger was secure and the zoo was closed for the day. The zoo gave attendees a free pass to go back.