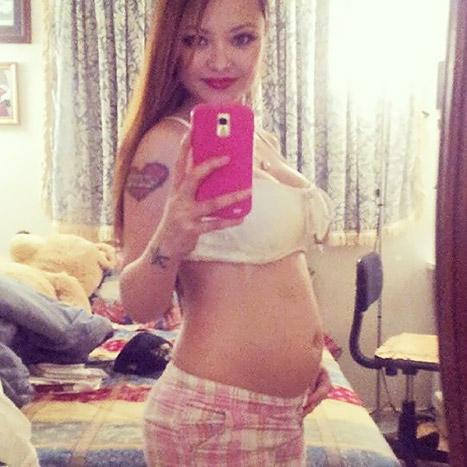 “Surprise!! I’m 10 weeks pregnant! I just couldn’t hold it in any longer as this brings me so much joy and happiness to know that there is a baby Tila on the way! May God bless my little bundle of joy on this Good Friday! Yayy! I’m gonna be a Mommy! I Love you sooooo much little baby!!”

Tila is best known for staring in MTV’s “A Shot At Love With Tila Tequila” which aired in 2007. She’s also appeared on Robot Chicken, The Cleveland Show, and I Now Pronounce You Chuck And Larry. She also made headlines when she released a sex tape of herself and two other women. The father of Tila’s baby is unknown. Congratulations Tila! What are your thoughts? Post your comments below.