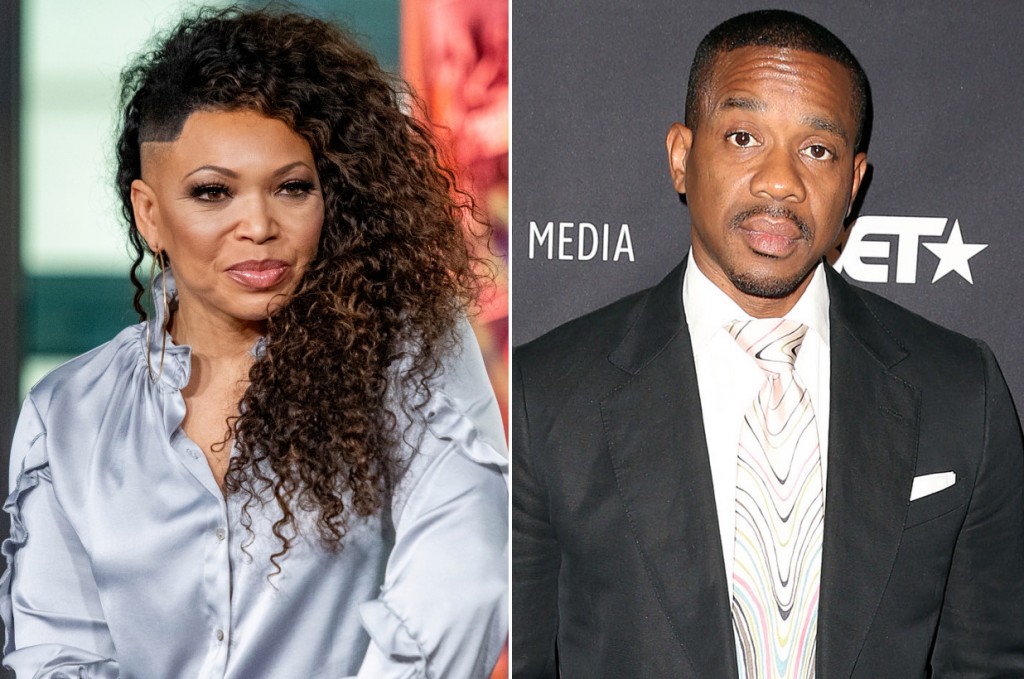 Tisha Campbell-Martin is accusing her estranged husband, Duane Martin, of years of domestic abuse and says she kept quiet for years in order to protect Duane and their children.

Tisha filed on January 24 for a domestic violence restraining order against Martin, claiming he has been physically abusive in their relationship for years.

The actress says the most recent abuse happened this past December, when he allegedly “grabbed me by my arm to try to get me in the bedroom,” after claiming their son was sick.

In an affidavit, Tisha says the physical abuse began months after their wedding in 1996, claiming, “I had been emotionally, mentally and physically abused. I kept things hidden from my family his family our friends and the public, save a few very close friends and people who may have witnessed, over the past two decades, filing it away in the back of my mind to protect my family, the community and the public’s persona of my spouse.”

Tisha says she always believed she was a “strong woman” by keeping the alleged abuse under wraps, but now admits she’s “scared,” and says she owes it to her children to speak the truth about her relationship.

The former “Martin” star says, “I can no longer live in fear of retaliation,” adding, “The need to press criminal charges for his acts overshadows the embarrassment of making his crimes against me public through this report.”

Tisha filed a police report on January 12 with LAPD, and claimed Martin attacked her after arguing over money in the past. Tisha told police she “had trouble breathing,” when Martin allegedly pinned her against a wall and put an arm on her throat. It’s unclear when the alleged assault occurred, but it does not appear Duane has been arrested over the allegations.

In another alleged incident, Tisha claims Duane scrutinized her weight by claiming she couldn’t get acting roles. “She’s not Sherri Shepard or Kim Whitley,” Duane allegedly said, adding, “those girls know how to book for fat girls. Tisha can’t compete with them for those roles because she was never a big girl.”

Tisha says the fight over her weight spiraled out of control and Duane eventually punched her “with a closed fist” in the chest.

The former couple is embroiled in a bitter bankruptcy and divorce, with allegations being thrown about regarding hiding assets and draining money.

In fact, Tisha says Duane became physical with her after a bankruptcy meeting last year, and allegedly grabbed and squeezed her hand so hard that she had to demand he let her go.

Many of Tisha’s family and friends also provided supporting statements for the actress, backing up her experiences with Duane.

She says Duane has been trying to run a smear campaign and has been accusing her of all sorts of things, including drinking alcohol, being depressed or going through menopause, but claims they are all lies to distract from the abuse.