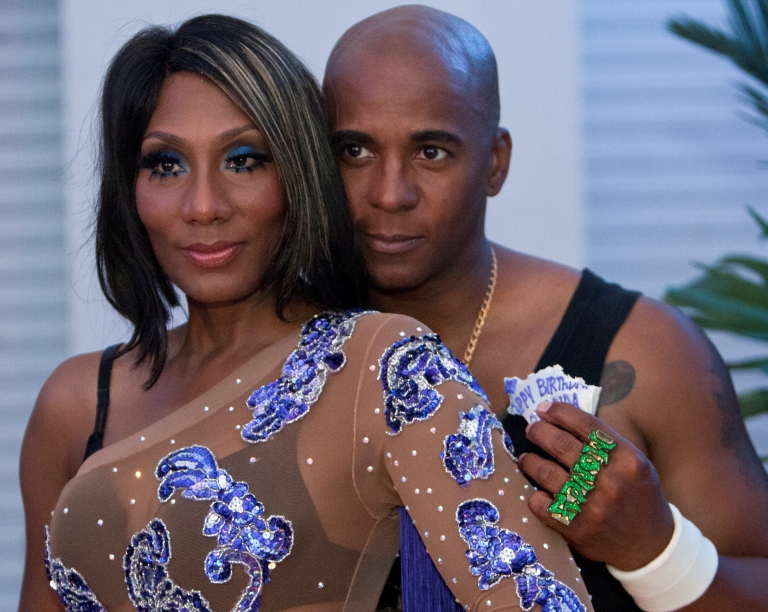 Reality star, Towanda Braxton has filed for divorce from her husband Andre Carter after 12 years, the couple have two children.

The Braxton Family Values star filed for divorce from Andre on the 25th August in a Georgia court. He has not responded to the allegations in the complaint.

The couple were married in 2004. Towanda and Andre originally met in an Atlanta nightclub.

In 2014, Towanda appeared on The Wendy Williams show and revealed she had an “open and front door situation” with her husband, meaning they had an open marriage. She explained she wasn’t seeing anyone but Andre but said she wasn’t aware if he had stepped out with anyone.

After the first season of the hit show, Andre expressed his concern about returning for another season, saying he wasn’t happy with the way he was portrayed. His issues included the producers not explaining to the audience why he was unemployed.

The only one on their first and only marriage is Traci Braxton who is married to Kevin Surrat for almost twenty years.