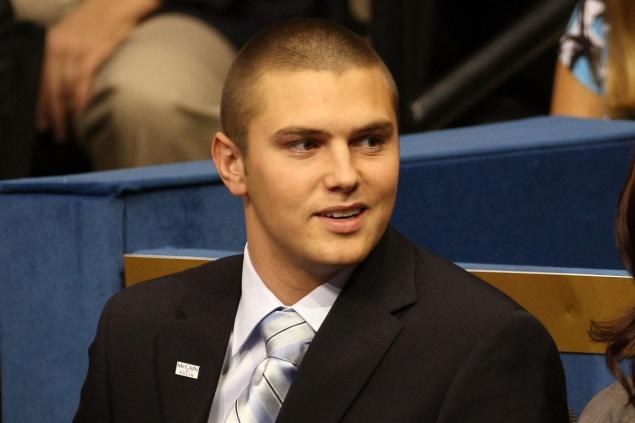 Track’s girlfriend feared he would shoot himself with an assault rifle after he hit her during a drunken argument at is mother, Sarah Palin’s Wasilla, Alaska, home, according to court documents.

Track, the oldest of Sarah Palin’s five children, allegedly punched his girlfriend in the eye, kicked her in the knee and then held an AR-15 assault rifle near his head, just after 10pm Monday, according to the 22-year-old woman.

At one point, Track was “holding onto a gun, yelling ‘do you think I’m a p—y?’ and ‘do you think I won’t do it?’”, the woman said he “cocked the gun” and was holding it near his face. 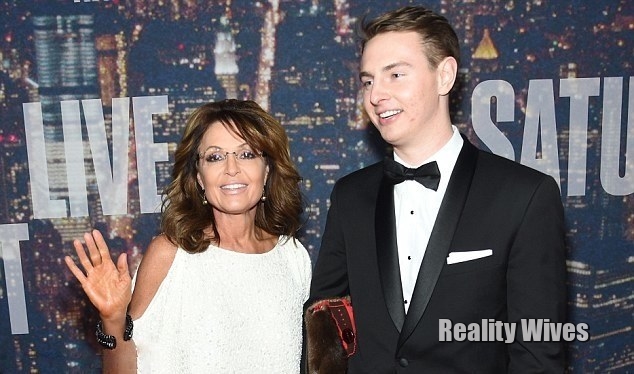 “[The woman] was concerned he would shoot himself and ran outside and around the house,” before hiding under a bed. That’s where police, responding to 911 calls from both Track and the woman, found the crying victim when they arrived.

She had “bruising and swelling around her left eye” and “complained of pain to that area as well as to her right knee.” Police later found an unloaded AR-15 assault rifle on the kitchen counter.

Track, said the couple argued after he learned his girlfriend was in touch with an ex-boyfriend. He said she hit him in the eye with an elbow during the fight. Police noted he had “swelling and bruise trauma” on his face. Track had a blood alcohol content of 0.189, police reported. He also reportedly threw the woman’s cell phone across the driveway after she told him she’d call police. He claimed that at one point in the night, the woman had been drinking and then drove drunk.

The woman has not been arrested or charged. 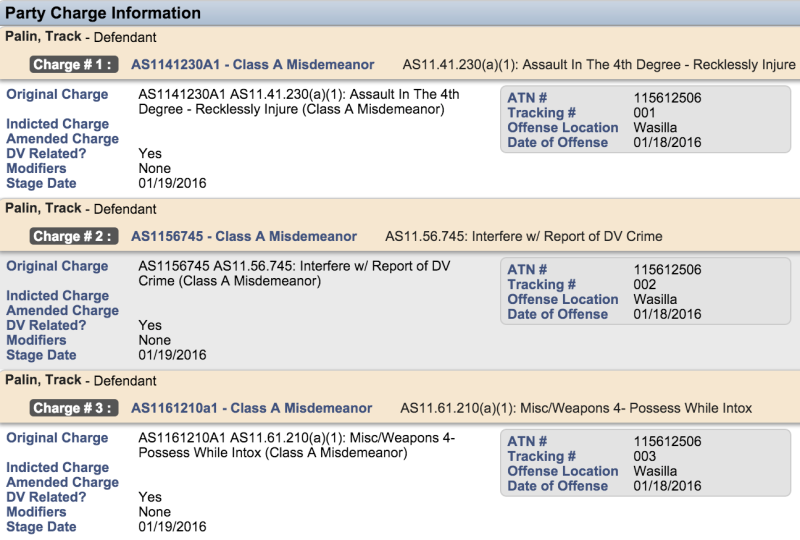 “An investigation revealed Track Palin had committed a domestic assault on a female, interfered with her ability to report a crime of domestic violence, and possessed a firearm while intoxicated. Palin was held without bail until arraignment,” Wasilla police said .

Track is a U.S. Army veteran who spent a year deployed in Iraq. He was married for one year to his high school sweetheart, Britta Hanson. The couple, who have a daughter named Kyla, who filed for divorce in 2012.

Track Palin broke his ribs during a drunken brawl at an Anchorage party in September 2014. No charges were brought in that incident.