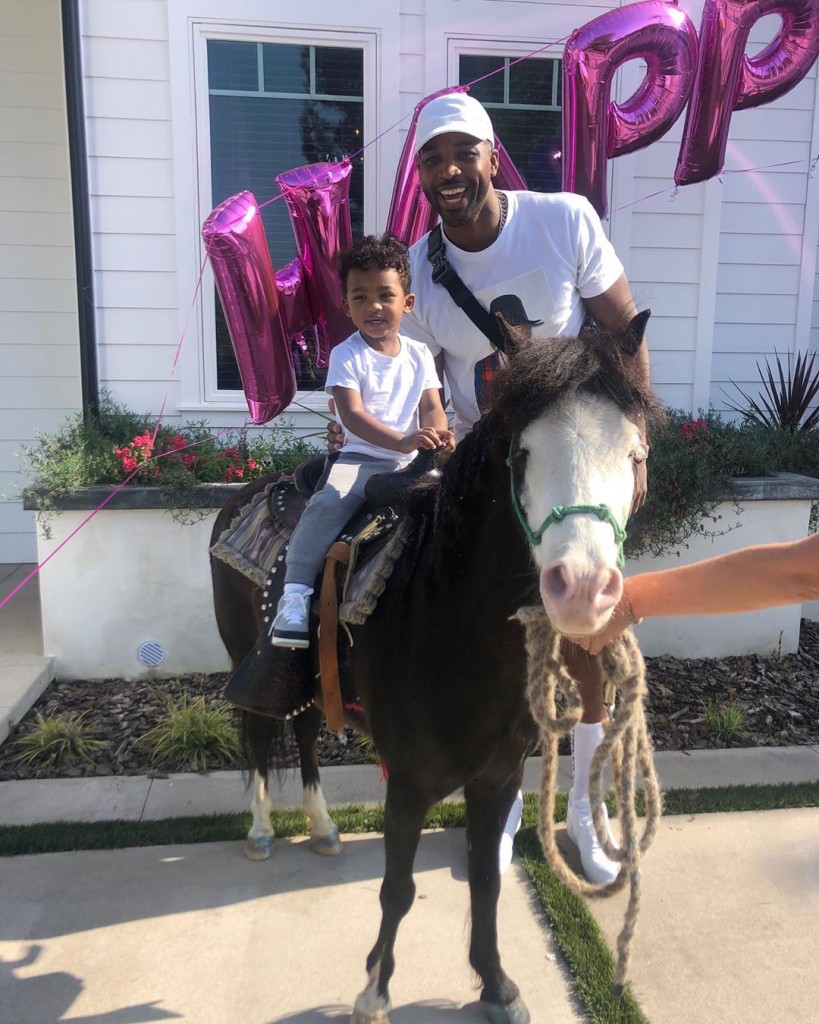 Tristan Thompson may post sweet photos of his son on social media, but Khloe Kardashian‘s bad boy ex has only seen his son a handful of times since his 2016 birth, his first baby mama claimed in shocking court documents exclusively uncovered by RadarOnline.com.

The 28-year old NBA player was barely involved in his son Prince‘s first years — and has only seen him a total of nine times, Jordan Craig said in a November 1, 2018 declaration as part of the former couple’s child support fight.

According to Craig’s declaration, Thompson saw their son once in 2016, four times in 2017, and four times in 2018. He only spent time with him alone in one instance over the years, she added.

“I have given Tristan almost two years to step up and assume the fatherly role for our son. As set forth below in detail, he has failed to do so,” Craig, 27, wrote in her declaration.

“I cannot force Tristan to be a father. I have been and will continue to be the sole caretaker of our son. It is my pleasure to care for him daily and tend to his needs.”

“I only ask that the court order Tristan to pay child support in the amount he is legally required to under the guidelines.”

Craig, a Los Angeles-based blogger and model, said while she and Thompson had agreed on an informal child support schedule, those payments still fell short of what the baller should have paid based on his $16.4 million annual salary from the Cleveland Cavaliers.

When asked how many times he had seen Prince during his January 29, 2019 deposition, Thompson answered, “I don’t know the exact number.”

When asked about specific time periods of visitation set forth in Craig’s declaration, Thompson replied, “I doubt anyone was keeping time,” he said. “Well, I think it’s inaccurate.”

Thompson said while Craig has invited him to attend Prince’s doctor and dentist appointments, she does so when he’s not available due to his public schedule.

Thompson alluded that Craig has denied him visitation, and added that his family and friends have tried to reach out to his ex, but “they got delayed response from her for us to even see him.”

Both sides did come to an agreement over child support last month, with Thompson agreeing to pay $40,000 per month. He also was ordered to pay Craig $200,000 for retroactive child support within 10 days of signing the May 14 settlement.

As Radar previously reported, Craig claimed Thompson cheated on her multiple times during her pregnancy in 2016. Just days after moving in with her parents, she spotted paparazzi photos of her baby’s father with reality star Kardashian, 34.

She claimed the very public tryst gave her “serious pregnancy complications,” and she was forced by a doctor to go on bed rest.

Of course, Kardashian would later go through her own heartache with Thompson.

Just days before welcoming their daughter True in April 2018, he was accused of cheating with multiple women.

The couple broke up for good in February 2019 when he was caught hooking up with Kardashian’s sister Kylie Jenner‘s best friend, Jordyn Wood.

Khloe posted ‘her truth’ this morning claiming she didn’t date Tristan when he was with his ex. Right.

More in Celebrities, Sports Wives, The Kardashians (206 of 3168 articles)