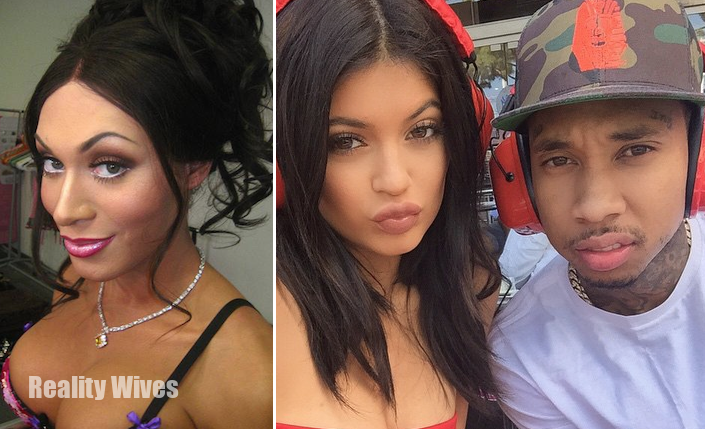 via B Scott:
Transsexual actress Mia Isabella & Rapper TYGA had [an] ongoing relationship for almost 3 years since she moved to LA. She’s down for him has been since he was with Chyna. Allegedly, there was a possible sex tape when she was roommates with a model named Capri [who was once] linked with Charlie Sheen

….As you can see they got smart and came up with a plan for if the public ever found out about their relationship using her career as a fashion stylist & consultant for his brand as the connection.

In her circle they made no secret of the relationship even inviting people enter their private time together. Clearly for her he’s been willing to risk it all having made plans to see each other just a couple weeks ago and never stopping their relationship through a baby mama and alleged girlfriend.

They seem to have a lot of love for each other even as she was being courted by a boxer named Jean Pascal she had no interest in.

On the text messages references Love & Hip Hop Hollywood’s Mally Mall trying to get Mia to visit his LA condo. Things to make you go hmmm.

Tyga: “I Didn’t Send Pictures Of Penis, They’re Trying To Maliciously Shame Me”