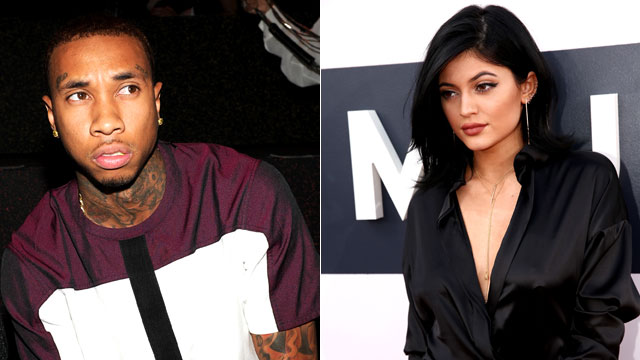 Tyga has now and will always be defiant about his relationship with 17-year-old Kylie Jenner according to TMZ, he doesn’t care about the laws which prohibit adults from having sex with minors, (pedophilia) and the reality is  unless someone complains, the police won’t do anything.The Jenners are apparently exempt from the law.

Tyga is telling his friends, as far as he’s concerned Kylie is more mature than most adults.

The rapper won’t say if (IF?) he’s intimate with Kylie. He says he “doesn’t give a f*** about what the law says.” He thinks age is relative, and there’s nothing “morally wrong” with a mature 17-year-old dating a 25-year-old. Let’s revisit that when he has a 16-year old daughter who is dating a 24 year-old man/

Law enforcement states they won’t investigate statutory rape involving a 17-year-old unless someone complains, so far no one has complained.

As one commenter Cranberry Bauce said “It’s a brave new world when your mom’s your pimp, your dad’s your mom, and your babysitter is your molester…and no one blinks an eye.”

If Kris and Bruce don’t give a flying fig newton about their underage daughter sexing this man, why should we care? What are your thoughts? Post your comments below.