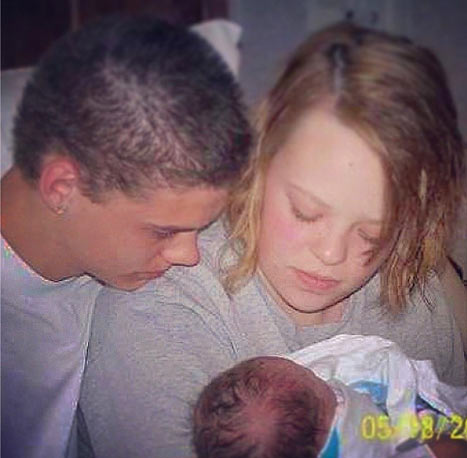 Tyler Baltierra and Catelynn Lowell just welcomed their second daughter Nova Reign on the 1st January. Instead, the Teen Mom stars have been forced to defend their decision to place their first daughter Carly, now 5, up for adoption in 2009.

“So sick of the ignorance in the world. Just because you place a child for adoption doesn’t mean your not allowed to have another #GetReal,” Tyler tweeted on Jan. 3.

The couple, who have been together since middle school, welcomed their first daughter Carly on MTV’s 16 & Pregnant, and made the challenging decision to place their little one up for adoption, as they were not ready for parenthood. They have maintained healthy contact with Carly’s adoptive parents and remain a part of her life, as it was documented on the spin-off series Teen Mom. They made the decision to raise their second daughter on their own.

Though were to be married in July, after appearing on VH1’s Couples Therapy. Then Tyler Baltierra presented Catelynn with a second engagement ring for Christmas.