An embarrassing viral video of a man being forcibly dragged off a United Airlines flight has resulted in an officer with the Chicago Department of Aviation police force being placed on leave.

“The incident on United flight 3411 was not in accordance with our standard operating procedure and the actions of the aviation security officer are obviously not condoned by the Department,” Aviation Department spokesperson Karen Pride wrote in an email to the Chicago Sun-Times.

“That officer has been placed on leave effective today pending a thorough review of the situation.”

The social-media videos showing a passenger being forcibly dragged down the aisle by aviation police are drawing worldwide attention.
One 31-second clip posted on the Facebook page of Audra D. Bridges about 7:30 p.m. Sunday shows a man being pulled by his arms from a Louisville-bound jet.

“Please share this video. We are on this flight. United airlines overbooked the flight. They randomly selected people to kick off so their standby crew could have a seat,” Bridges wrote on Facebook, an apparent reference to a United flight crew.

“This man is a doctor and has to be at the hospital in the morning. He did not want to get off. We are all shaky and so disgusted,” she wrote.

Another video posted on Twitter also shows the man being dragged down the aisle.

On Monday morning, United CEO Oscar Munoz replied to the videos, saying on Twitter, “This is an upsetting event to all of us here at United. . . . Our team is moving a sense of urgency to work with the authorities and conduct our own detailed review of what happened. We are also reaching out to this passenger to talk directly to him and further address and resolve this situation.”

Despite this, a Chicago Police news affairs officer — not the aviation cops — initially released a statement to an unnamed media outlet saying that a “69-year-old male Asian airline passenger” became “irate” aboard the United flight and that aviation officers “attempted to carry the individual off the flight when he fell.” The statement also said the passenger was taken to Lutheran General Hospital in Park Ridge with “non-life threatening injuries.”

As the Chicago Police statement began circulating on Twitter Monday afternoon — with people taking exception to the characterization of the man falling — police said that any further information about the matter should come through the Department of Aviation. “That was not a formal statement by me or CPD,” Chicago Police Department spokesman Anthony Guglielmi explained in an email.

Airlines are allowed to sell more tickets than there are seats on planes, and they routinely overbook flights because some people do not show up.

When an airline demands that a passenger give up a seat, the airline is required to pay compensation of double the passenger’s fare, up to $675, if the passenger can be placed on another flight that arrives one to two hours later than the first flight, or four times the ticket price, up to $1,350, for longer delays.

When they bump passengers, airlines are required to give those passengers a written description of their compensation rights.

United couldn’t secure enough volunteers to leave the overbooked flight to Louisville, said Audra Bridges’ husband, Tyler Bridges, who also was on board. He said United offered $400 and then $800 vouchers and a hotel stay for volunteers to give up their seats. When no one volunteered, a United manager came on the plane and announced that passengers would be chosen at random.

“We almost felt like we were being taken hostage,” Tyler Bridges said. “We were stuck there. You can’t do anything as a traveler. You’re relying on the airline.”

When airline employees named four customers who had to leave the plane, three of them did so. The fourth person refused to move, and law-enforcement officials were called, United spokesman Charlie Hobart said.

“We followed the right procedures,” Hobart told the Associated Press. “That plane had to depart. We wanted to get our customers to their destinations.”

Hobart declined to say how the airline compensated the passengers who were forced to leave the plane, saying he did not have those details from employees on the scene.

Last year, United forced 3,765 people off oversold flights and another 62,895 United passengers volunteered to give up their seats, probably in exchange for travel vouchers.

That’s out of more than 86 million people who boarded a United flight in 2016, according to government figures. United ranks in the middle of U.S. carriers when it comes to bumping passengers.

According to Tyler Bridges, the passenger who was forcibly removed told a United employee that he was a doctor who needed to see patients in the morning.

Two aviation police officers tried to reason with the man before a third came aboard and pointed at the man “basically saying, ‘Sir, you have to get off the plane,’” Bridges said. That’s when the altercation happened.

“People on the plane were letting them have it,” Bridges said. “They were saying you should be ashamed to work for this company.”

A few minutes later, the man who was removed from the plane returned, looking dazed and saying he had to get home, Bridges said.

Officers followed him to the back of the plane. Another man traveling with high school students stood up at that point and said they were getting off the plane, Bridges said.

About half of the passengers followed before United told everyone to get off, he said.

The man who was originally dragged down the aisle was removed from the plane again, and United employees made an announcement saying they had to “tidy up” the aircraft, Bridges said.

Bridges’ wife told him she saw the man taken away on a stretcher, he said.

After a three-hour delay the flight took off without the man aboard, Bridges said. A United employee apologized to passengers, he said.

Aviation industry expert Robert W. Mann Jr. watched the video Monday and said he had never seen anything like it.

“I’ve never seen a passenger forcibly removed unless it involved an unruly passenger of some sort,” he said.

“What I would have asked the passenger is ‘Why not? Why can’t you do this? Can you give me a really good rational reason?’ And if he could, then we try to find one more volunteer. I think I would have gone to round two of the selections,” Mann said, adding that airline employees probably had a ceiling on how much they could sweeten the cash offer to incentivize volunteers.

“At the very least, it’s a teachable moment for the airline,” Mann said.

“It’s very likely the customer will file a complaint with the Department of Transportation, the question is what will be the reaction of the DOT,” Mann added, noting that the airline does have the right to forcibly remove passengers.

“If you read the carrier’s contract of carriage, which nobody does, yea it’s in there,” he said, adding that the contracts — which describe how a carrier will behave in such a situation — are usually located on a company’s website.

On The First Day Of Passover | Sean Spicer: “Hitler Didn’t Even Sink To Using Chemical Weapons” 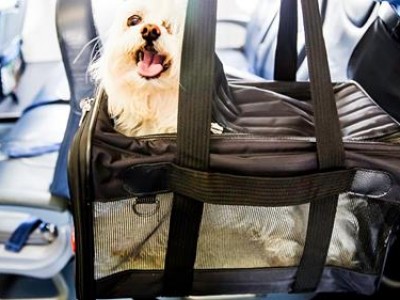 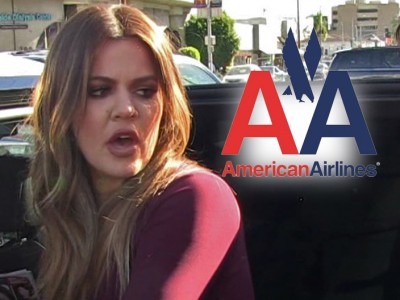