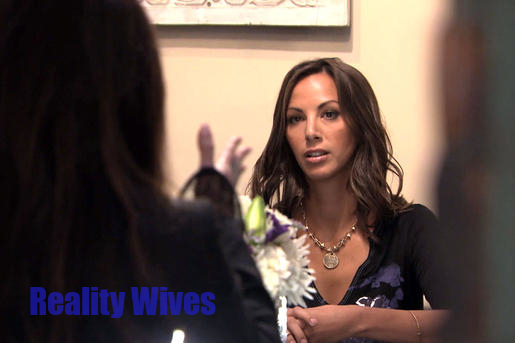 Vanderpump Rules star, Kristen Doute, who had been with Sur for seven years, spoke about her firing, which she says she was not expecting.

Did you know it was coming?
Not until that day. I had this weird feeling and I happened to walk by the VIP room in the lounge and I saw Lisa sitting with Ken and Guillermo and Nathalie—their business partners—and my manager Diana sitting at the table and I thought to myself, “Oh no, this isn’t good.” I had a feeling it was about me.

Did you feel ready to go?
I really was. I worked at SUR for over seven years, which is an insane amount of time to hold a restaurant job. My time was up. The place was really getting to me, especially having to work with Tom and Arianna, it was just eating away at me every day. I definitely think I should have quit a long time ago so it didn’t get to the place that it did. I’m glad I don’t work there anymore but I’m not proud of the fact I got fired. It’s embarrassing.

I do think that Lisa has a little bit of a vendetta against me. She doesn’t like me. We don’t get along. Our personalities just clash. But I have to say, I wouldn’t have any of this without her. I wouldn’t have the job, I wouldn’t have the show. So as much I’m not her biggest fan and vice-versa, I’m grateful for all the opportunities she’s given me.

What did you do right after it happened?
James and my best friend Rachel came over and we had SUR-tirement party. We popped a bottle of champagne. It was time for me to move on to the next chapter of my life. I’m 31 years-old, I’m done waiting tables. It was a great gig, but ultimately it stopped me from moving forward.

Since leaving SUR, what have you been focusing on?
I have a t-shirt line I’m really excited about. Its called James Mae—it’s named for my niece and nephew, not my boyfriend James. It’s graphic tees, easy to wear and comfortable. It’s for girls all shapes and sizes. I’m really proud of it. I’m also going to be working on a vegetarian blog, not just recipes but my lifestyle too. It’s nice to put my energy into positive things rather than going into SUR and dealing with all that negative energy. So really, I have to thank Lisa.

And have you heard from Lisa since the firing?
I wouldn’t say we’re best friends but I run into her. I go to SUR once in a while, I go to PUMP when James is DJ’ing, I saw her at Scheana’s wedding. Now that she’s not my boss anymore, I can just look at her as someone who guided me. So while I was pissed when the firing happened, it turned out to be a blessing in disguise.