Vanderpump Rules | Stassi Schroeder: “I Was Edited To Look Like A Mean Girl!” 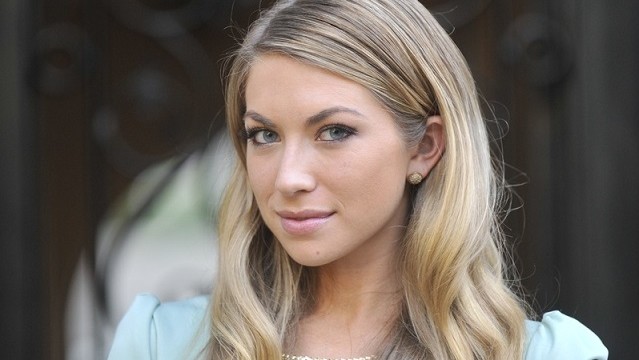 via InTouch Weekly:
From villainous comments to master manipulating, Stassi Schroeder is known as Vanderpump Rules‘ mean girl. But the reality star tells ‘In Touch’ that it’s just the persona that was created for the show through editing.

“There are so many things I’ve said as a joke, but they don’t show me laughing after,” Stassi tells the new issue of ‘In Touch.’

When asked why she believes that she comes across so mean on the show, Stassi tells the mag, “Because I have no control over what’s shown!”

The 26-year-old, who just launched her Stassi X Shop Prima Donna jewelry collection, admits that she’s “always been an aggressive person,” but despite a few regretful moments in front of the Bravo cameras, she makes an effort to “treat people kindly.”

“We’re putting ourselves out there to be judged,” Stassi tells ‘In Touch,’ claiming that she doesn’t want to be a reality star forever.

“I don’t want to do reality TV again. It’s just not where my head’s at anymore! I’m happiest these days just being at home with (my boyfriend) Patrick.”

For the full interview with Vanderpump Rules’ Stassi, pick up the new issue of In Touch, on newsstands now!

Many reality stars blame editing on their bad behavior. The one thing I like about RHONJ star Caroline Manzo, is that she owned her behavior on the show, she does not blame editing, even when they chop and splice the scenes. What are your thoughts? Post your comments below.