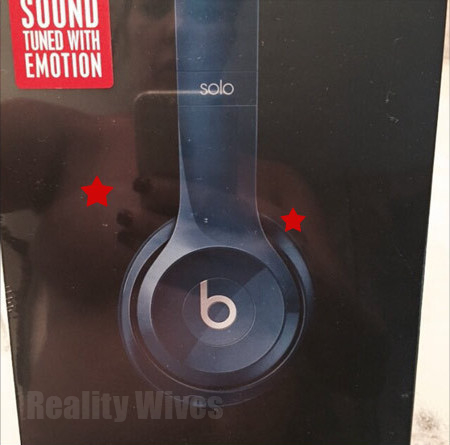 Real Housewives Of Orange County star Vicki Gunvalson posted a topless picture of herself and she says it was a mistake. Bravo TV bought her some Beats By Dre Headphones for the holidays. Just a headset? Cheapo’s. In the picture you see a reflection of her bosom with the highest positioned nipples I have ever seen, not that I’ve seen that many.

Vicki claims she was distracted, getting ready for work. Do you believe her?

More in Real Housewives Of Orange County (150 of 361 articles)