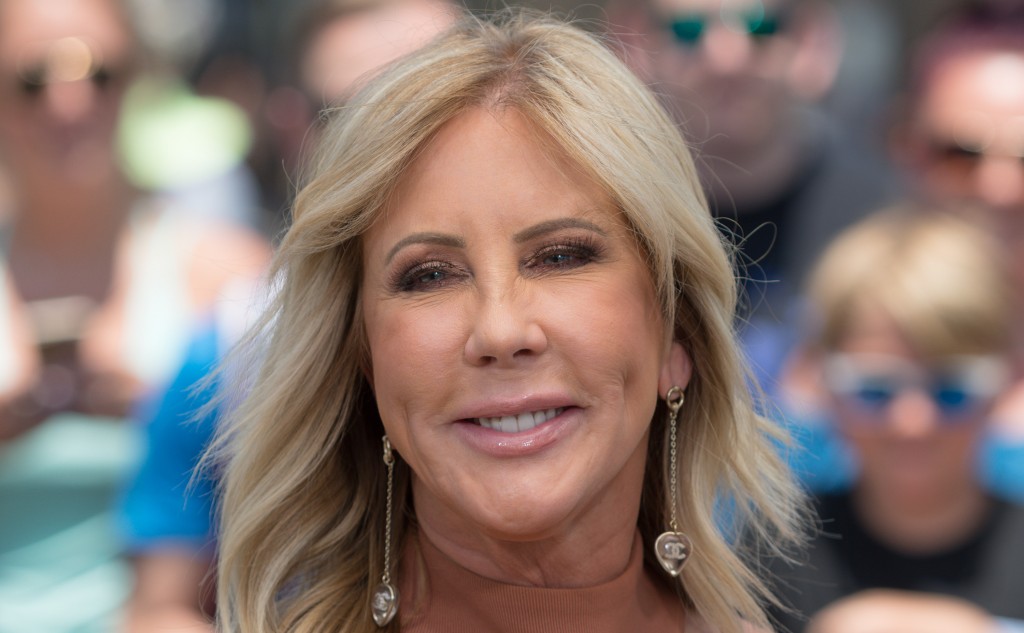 “There is an overload of crying and raunchy talk and behavior. The talk about sexual exploits should have been kept private and not heard or seen by children on television. When I created this franchise (WHAT?) 15 years ago, it was about our lives and having the opportunity to showcase the world the privileged lifestyle we lead. It’s turning out to be all about divorce, rental houses, threesomes and other ridiculous things,” the 57-year-old reality TV business woman told US Weekly after the explosive Tuesday 15th, October, episode.

Scott Dunlop is the creator of the Real Housewives franchise, not Vicki. The delusion.

During a previous episode, the Coto Insurance CEO disapproved of her ‘friend’ Tamra Judge and new housewife Braunwyn Windham-Burke’s skinny dipping in a hot tub during a cast trip to the Miraval resort in Arizona.

“Naked scenes seems like many of the cast are trying to one up or outdo the other,” Vicki says.

Tamra and Braunwyn’s relationship made headlines again after Tuesday’s episode after the two women drunkenly made out at Shannon Beador’s birthday party.

“I find you so f**king hot, and I like you,” Braunwyn said as she climbed on top of Tamra in a booth at a bar.

During the episode, Vicki accused her new Braunwyn of trying to be the, “center of attention all the time.”

Well this is rich coming from someone who was demoted for this season.

Vicki has screamed, danced, been drunk and carried on like a teenager on spring break during every season.

So Vicki you are one to talk.