Real Housewives Of Orange County veteran, Vicki Gunvalson is back with Brooks Ayers they have been for the past year, they now live together in her Coto de Caza, CA, home.

The couple spoke to US Magazine about his stage 3 cancer. house her knew something wasn’t right with Brooks Ayers’ health, but she wasn’t prepared to find out he had stage 3 cancer, non-Hodgkin lymphoma, he first learned he had the disease in 2009, this is his third time fighting the disease. Speaking with Us Weekly’s Brody Brown recently in an exclusive joint interview with Ayers, the Real Housewives of Orange County veteran said she “just burst into tears” when he told her his diagnosis earlier this fall. 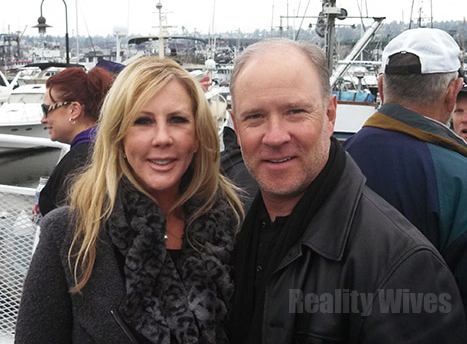 Brooks on his cancer & his relationship:
“[Cancer] either will tear you apart as a couple or bring you together. And with us, without a doubt, it’s brought us together.”

Vicki:
“So, yes, we are exclusive, we are dating, we are together. It’s official.”

Vicki on what her daughter thinks of this arrangement:
“Briana and I, we’ve kind of agreed to disagree on this one subject. She doesn’t know Brooks is in, but I guess she will now!”

During this stressful time, Vicki and Brooks are leaning on his children and some of Vicki’s castmates.

Vicki on her RHOOC support system:
“Shannon was absolutely there for us. Heather also reached out. And Terry, Lizzie [Rovsek].”

One person who hasn’t reached out is Vicki’s sometime partner in crime Tamra Judge.

Vicki says, “Never heard from Tamra. Interesting. You know what, you really find out who your true friends are when things like this happen.” 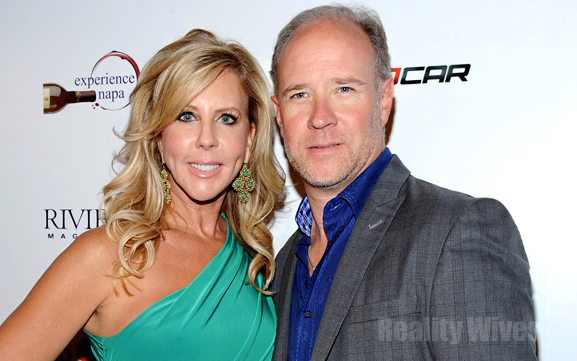 More in Real Housewives Of Orange County (155 of 364 articles)