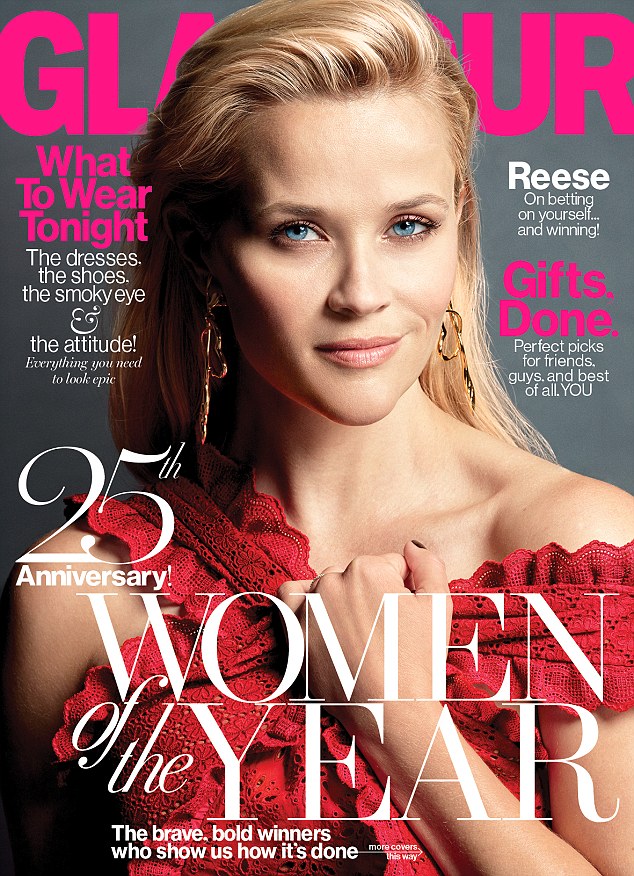 Glamour Magazine’s 25th Anniversary Women of the Year Awards ceremony will take place on the 9th November at Carnegie Hall in New York City. Amy Schumer will open the awards ceremony, which will recognize the following women:

December cover star Reese Witherspoon: The Hollywood Hero
When Reese Witherspoon met with seven Hollywood studio execs a few years ago, she was stunned to learn just one was developing a film with a woman in the lead. So she cofounded a production company, Pacific Standard, and began buying up books and scripts with female protagonists. Wild and Gone Girl, its first two films, earned stars Rosamund Pike, Laura Dern, and, yes, Witherspoon herself Oscar nominations—and the films banked more than $400 million at the box office. Now she’s breaking into a full-on sprint toward equality: Pacific Standard has 32 projects in the works that put women front and center. With her producing business booming, Witherspoon felt that she could take on another challenge this year: a fashion brand. She launched Draper James, a Southern-inspired clothing and home line, with a flagship store in Nashville.

Victoria Beckham: The Fashion Force
Victoria Beckham’s hard work and meticulous design have turned her first collection of 10 dresses into a fashion empire. The silhouettes of her collections are so classic and flattering that just about every celeb in Hollywood—from Oprah to Jennifer Lawrence—has a VB dress in her closet. The mother of four brings her work ethic to giving back too. As an international goodwill ambassador for UNAIDS, she has raised millions to benefit HIV and AIDS charities including amfAR, the Elton John AIDS Foundation, and Mothers 2 Mothers.

Misty Copeland: The Showstopper
In June, Misty Copeland was promoted to principal dancer at American Ballet Theater, the first African American ballerina to reach that level in the elite classical ballet company’s 75-year history. Her memoir, Life in Motion, made the New York Times best-seller list; her “I Will What I Want” commercial for Under Armour went viral; and she’s doing all she can to reach communities with little exposure to ballet.

Elizabeth Holmes: The Entrepreneur
At 20, Elizabeth Holmes dropped out of Stanford University to devote every waking moment to her fledgling business. Its goal? Both to revolutionize ordinary blood tests, and to change the control average citizens have over their health. Today, Holmes, 31, is the youngest self-made female billionaire in the world.

Caitlyn Jenner: The Transgender Champion
A year ago Caitlyn Jenner did not have a name. The Olympic hero turned reality-star patriarch was still living a phantom existence, her changing appearance igniting a tabloid frenzy around the rumor she’d run from for most of her 66 years: that she was transgender. But after years of feeling she had to hide who she is at all costs, she is determined to be relentlessly open. And today, she’s finding new meaning in her life. She helped launch I Am Cait, the docuseries meant to educate the public and, crucially, herself; the show has featured advocates addressing important issues like suicide—a tragic 41 percent of trans or gender-nonconforming Americans have attempted to take their own life.

Cecile Richards: The Health Advocate
One in five women will use Planned Parenthood services during their lifetime—for sexually transmitted infections, breast and cervical cancer screenings, birth control, emergency contraception, and more. In 2015, controversy around these issues reached fever pitch, and some in Congress called to defund Planned Parenthood—a move that would mean nearly 700,000 people could lose access to their only source of health care. But Cecile Richards, president of Planned Parenthood, won’t back down.

Team USA: Game Changers
Every summer has an anthem, a song that captures the cultural mood of that moment in time. This year it was the galvanizing chant—“I believe that we will win!”—of the U.S. national team at the FIFA Women’s World Cup. The team didn’t just win; they dominated. And the fight they’re fighting isn’t just about soccer—it’s about equality. Many of the players are outspoken about their sport’s historical tendency to shortchange women.

Charleston Strong: The Peacemakers
Even in a violent year, a year that brought an average of at least one mass shooting a day and saw protests flooding the streets over racial injustices, the massacre at Emanuel African Methodist Episcopal Church in Charleston, South Carolina, stunned the nation. But for Alana Simmons, 26, Nadine Collier, 47, Bethane Middleton-Brown, 45, Felicia Sanders, 58, and Polly Sheppard, 71, the shooting wasn’t just another headline. It was an act of hatred that took the lives of their loved ones and, for two of them, nearly their own. Today, these women are teaching the world by example the healing strength of peace and unity: from starting social media movements, to advocating for gun control, to asking how we can raise our children to better appreciate differences.

Thirst Trap Thursday | The Game, Doing Too Much For The Gram – The Thirst Is Real 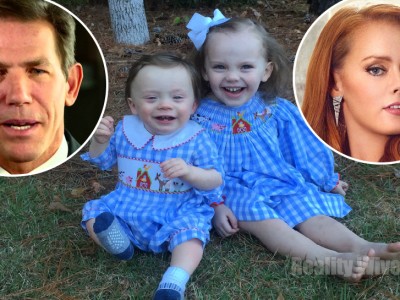 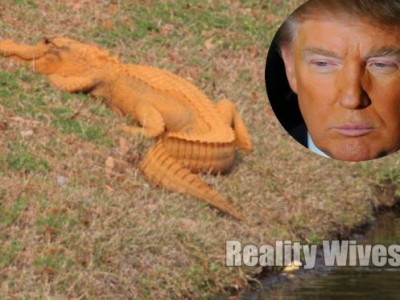