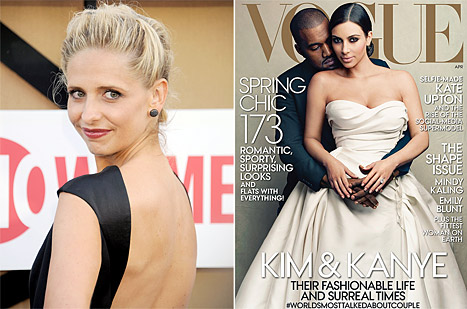 Kim Kardashian and Kanye West’s cover for the April issue of Vogue has raised many opinions on social media today.

Fashion bloggers voiced their opinion and were not happy with editor-in-chief Anna Wintour’s decision to put the rap artist and his reality star fiance on the cover.

Actress Sarah Michelle Gellar tweeted: Well…..I guess I’m canceling my Vogue subscription. Who is with me???'”

While many readers agreed with Sarah, Jonathan Cheban, Kim’s butler responded as he took up for his boss, “Do u matter?” Does Jonathan matter?

What are your thoughts? Do you agree with Sarah? Post your comments below.

Anita Baker: “Arrest Warrant’s A Sinister Plot Against Me”