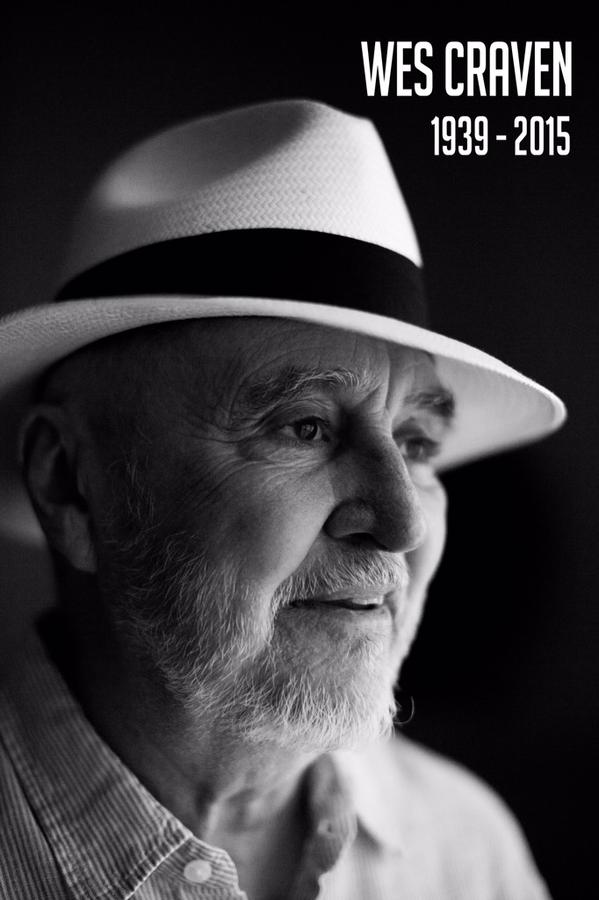 Wesley Earl Craven passed away on Sunday afternoon in Los Angeles. He had been battling brain cancer. The iconic director is known for his work on films such as A Nightmare on Elm Street, Scream and  The Last House on the Left was 76-years-old.

His family released a statement: “It is with deep sadness we inform you that Wes Craven passed away at 1pm on Sunday, August 30 after battling brain cancer. Craven was surrounded by love, in the presence of his family, at his home in Los Angeles.”

His first feature film The Last House On The Left in 1972 a film he wrote, directed and edited for less than $100,000 and went on to make over $3 million.

Wes reinvented the youth horror genre again in 1984 with the classic and very scary A Nightmare on Elm Street, which also introduced a then-unknown Johnny Depp. The movie spawned several sequels, most of them directed and written by others.

He followed that up with The Hills Have Eyes, another  success which made $25million on a budget of just over $200,000.

But it was his character Freddy Kruger that made him known worldwide. The evil child murderer who was featured in Craven’s most popular film, A Nightmare on Elm Street, had a gloved arm with razors and burns covering his entire body. Freddy would attack his victims in their dreams, a premise so terrifying it had many people afraid to sleep after seeing the film.

In 1996 Wes experienced a rebirth in horror with the release of Scream, which was written by Kevin Williamson. Scream sparked multiple sequels and spoofs.

Wes made a departure from the horror genre when he directed a film for Miramax, Music of the Heart (1999), which earned star Meryl Streep an Academy Award nomination for Best Actress. That same year he completed his first novel, The Fountain Society.

He is survived by his wife, son, daughter, stepdaughter, sister and grandchildren.