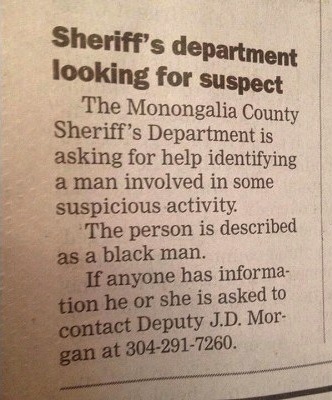 via Kulture Kritic:
The Dominion Post, a newspaper published in Morgantown, West Virginia is finding itself in hot water over a suspect description that appeared in their newspaper. The suspect description only states that the man is black and wanted for suspicious activity. The fact that there was not any further information given has caused an uproar about whether or not the Sheriff’s Office, who requested the article be run, is to blame or if The Dominion Post is at fault. Some comments on social media indicate that readers suspect the racist post to be a combined effort of the two.

The Sheriff Deputy who was listed as the point of contact in the article that ran, J.D. Morgan, reports that he fielded many complaints about the article and the fact that the suspect was only listed by his race.

In an attempt to rectify the situation, The Dominion Post ran an updated article regarding the suspect. The new article which can be found on the newspapers website states that the Monongalia Sheriff’s Department is asking for help locating a suspect. This particular article also lists a more specific reason for wanting to know the man’s whereabouts. It states that he is wanted for information regarding stolen credit cards.

The new article also includes the man’s height, weight, and approximate age range rather than just by his race. What adds insult to injury is that there is a video posted of the man to provide an even more detailed description. The video was taken by Walmart surveillance.

In an article appearing on The Huffington Post, the paper has stated that the original article was a simple copy editor’s mistake. However, the fact that the second article included photos and at least four other integral pieces of information regarding the man the Sheriff’s Department is asking for help locating means that either the copy editor needs to be fired, or this was a case of blatant racism.

The Monongalia County Sheriff’s Department is asking for the public’s help in identifying a man who may have information about stolen credit cards.

According to information provided by the sheriff’s department, the man is black, between 5-foot-8 and 6-feet tall and appears to be in his late 30s to mid 40s.

In two separate sets of surveillance photos taken at Wal-Mart in January and November 2013, the man can be seen wearing a leather jacket.

He is thought to drive a charcoal grey Jeep Grand Cherokee with tinted windows. The vehicle appears to have a West Virginia license plate. 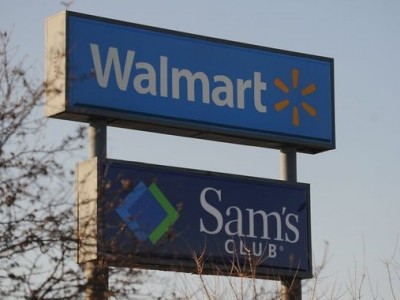 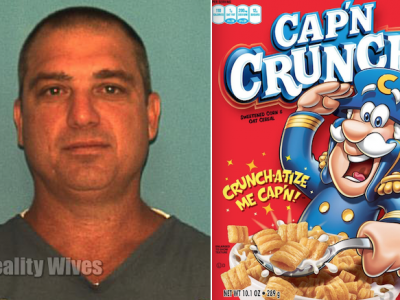 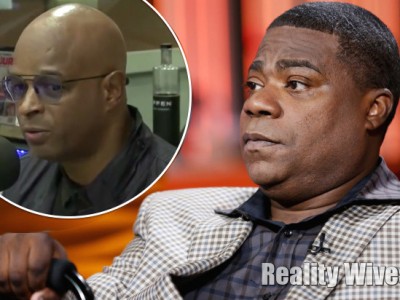