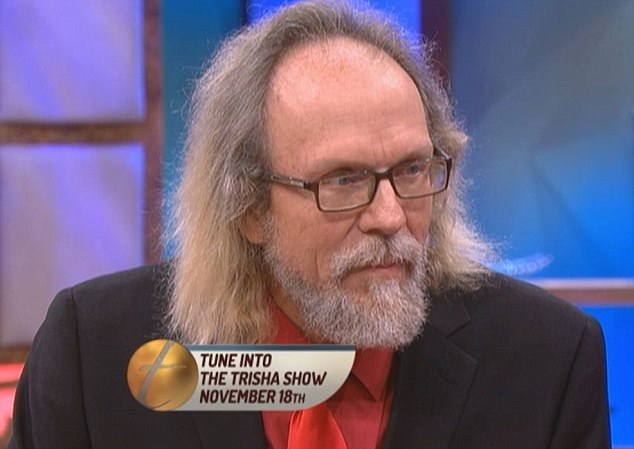 via Daily Mail:
The white supremacist attempting to turn a small North Dakotan town into a ‘white enclave’ has undergone a DNA test which proves he is of Sub-Saharan African heritage.

Craig Cobb, 62, submitted to the test as part of The Trisha Show’s ongoing Race in America series and was given the results of the DNA Diagnostics test by the host, Trisha Goddard, to the whoops of her studio audience.

On hearing the results Cobb, who insists he is not a white supremacist but a Creator, a religion which favours ‘racial awareness’, immediately dismissed the news that genetically he is 14 per cent Sub Saharan African, 86 per cent European, as ‘statistical noise.’

With a fixed grin Cobb, a man who relies on a dizzying array of statistics to underpin his own agenda of racial discrimination and sexual intolerance, shook his head and tried to wave these ones away.

As the studio audience jeered and crowed in delight, Goddard insisted: ‘You have a little black in you.’

When the 55-year-old British host tried to fist bump her guest, with the words, ‘So there you go bro,’ Cobb visibly recoiled and twice refused to meet her touch.

Speaking to MailOnline Cobb said: ‘I agreed to the test because I assumed it was science.’ Instead, he said, it was a scientifically bankrupt procedure, the product of ‘craven and debased executives,’ whose ‘goal is to shock.’

He said: ‘When I told Jeff Schoep [leader of the National Socialism Movement] he just laughed.’

He described it as ‘short science’ used by a sensationalist television show to ‘promote multiculturalism.’

When pressed over how he would feel if a test he respected were to show the presence of such DNA he said: ‘Well if I did have any n**** we don’t want anymore of it.’

He would, he said, consider himself a ‘border guard for the pure breds.’

He explained: ‘Keeping the peace if possible but if we have to fight, keeping the frontline in the war.’
War, or the threat of it, is what the residents of Leith fear, Cobb has brought to their doors.

His plans for the tiny North Dakotan town of Leith came to light earlier this summer. Then, amid a fury of local and national reaction, it emerged that the wild-haired eccentric who had been living in the town for more than a year, was a hate crimes fugitive who had quietly bought up lots of land with the intention of turning the community into a haven for white supremacists.

But now, after an immediate flurry of rallies and town meetings, residents fear they are powerless to halt the man whose plans they regard as ‘pure evil,’ and who has put up a sign condemning their town as ‘The Village of the Damned.’

Since his plans were exposed, they say, he has goaded and harassed them in an attempt to provoke them into violence and open the way for him to bring charges or a civil suit.

Does this mean Mr Cobb has now been kicked out of ‘whites’ only group? Welcome to the mixed club Craig-y poo, where many in this world believe they are only one race are actually mixed with many. Civilization started in Africa, end of story. What are your thoughts? Post your comments below.

Girlfriend Sues $300m Lotto Winner For A Share Of The Winnings

Girlfriend Sues $300m Lotto Winner For A Share Of The Winnings