Florida Woman Gets Into Brawl With State Trooper At The DMV

A South Florida woman who was asked to leave a Department of Motor Vehicles location in Deerfield Beach by police did not go down without a fight.

The incident happened at the DMV at 100 S. Military Trail, employees asked the trooper to remove 31-year-old 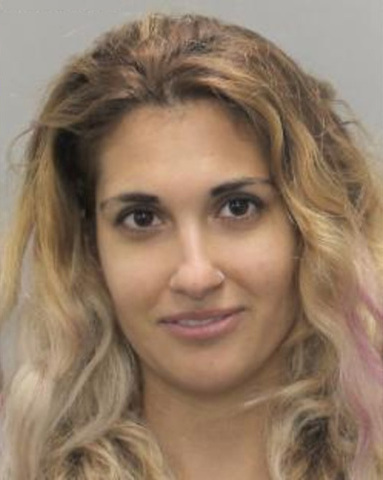 Eleanor Stern, from the building. Cellphone video captured by another customer captured the melee. Victoria Nascimento uploaded the video to facebook with the caption: ‘What I witnessed @ the Deerfield Beach DMV.’ Eleanor from Boca Raton, refused to cooperate.

The video shows the trooper approaching Stern and asking her to leave, at which point she begins to fight the law enforcer by kicking him. He is then seen slamming her on the floor before he goes down himself. They scuffle a bit more before he eventually pulls Stern into a back room.

Officials have not specified why Stern was causing the initial disturbance. She is facing one count of resisting arrest without violence.

According to the arrest report Eleanor kept kicking and cursing at the trooper as you can see in the video.

She was was released from jail on a $100 bond and faces one count of resisting arrest without violence. Without violence? So what constitutes violence in Florida?