via Chicago CBS:
A Chicago woman is suing the village of Skokie, claiming one of its police officers used excessive force that left her in need of 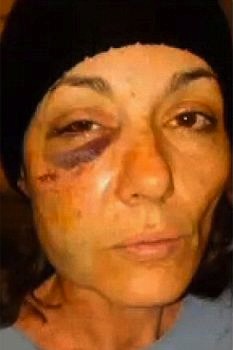 surgery. Cassandra Feuerstein admits to driving drunk when she was picked up in March but says her treatment by Skokie Police Officer Michael Hart was unnecessary.
In a civil rights lawsuit, Feuerstein claims Officer Hart shoved her into a concrete bench breaking bones in her face and that required a titanium plate.

The act is visible on a video tape provided by Attorney Torri Hamilton that purports to be from the holding cell. Feuerstein flinched and looked away as she watched it for the first time with reporters in her lawyer’s Loop office.

“Apparently I was not looking into the camera the way the officer wanted me to,” said Feuerstein, who had been taken out of the cell to take a mug shot before the shove happened.

She seeks unspecified damages. A spokeswoman for the village of Skokie says they haven’t been served with the suit yet but when they do, village attorneys will review it.

Cassandra is first given a pat down and searched by a female officer. 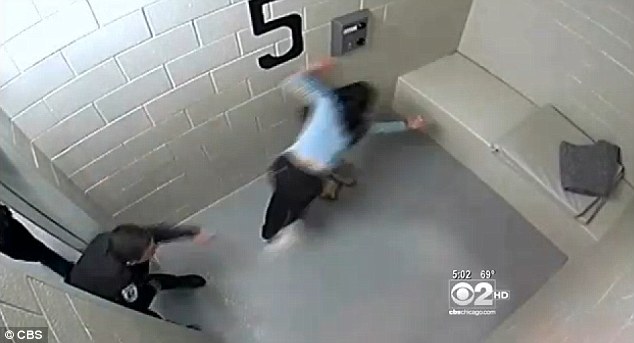 After her mugshot was taken, Cassandra is shoved into the cell. 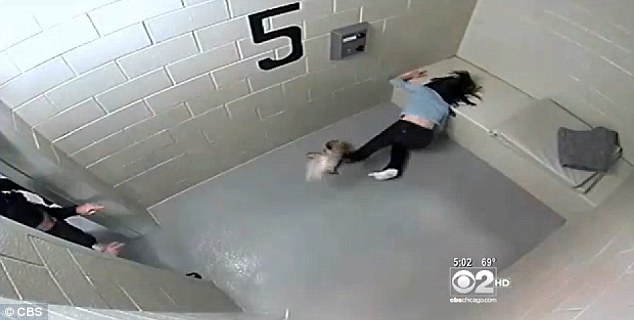 She falls forward and smacks her face and head on the concrete bench. 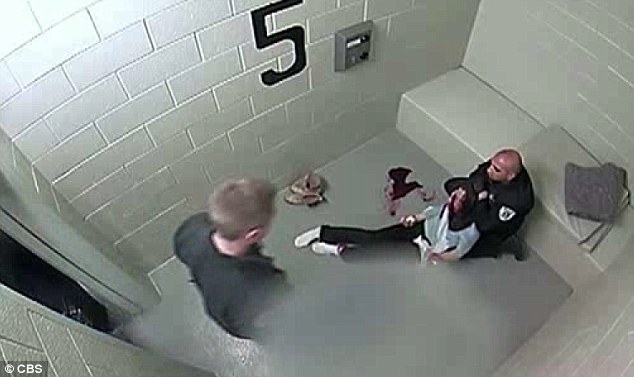 She lands on the floor and a cop attempts to stop the bleeding from her head.