via Palm Beach Post:
La’Reese and Darelle Darville got married in luxury June 1 at the Seminole Hard Rock Cafe in Hollywood, with rose petals lining the aisle and an arch of white flowers crowning over them as they said their vows. Police have one question: How did they pay for it? The answer, they allege, is her employer’s credit card and to the tune of nearly $50,000.

La’Reese Darville, 31, of Port St. Lucie was arrested Monday on fraud and grand theft charges after city police said she used the card to front most of her wedding costs. She was released later that day from the St. Lucie County Jail on $,7,500 bail. Reached at her home Wednesday evening, Darville described the situation as a huge misunderstanding.

She said the charges were made with the permission of her father, Leroy Felix, a part-owner of her employer, Partners III Pawn Shop. Darville said her father helped her with the wedding’s expenses and provided her with a credit-card number that was linked to the business.

“It’s been said, or worded, that the card was stolen,” Darville said. “I called. He gave me the number and (said) use it. I used it and it was being paid back, so I have no idea what the whole big deal is about, but (certainly) it was a huge mix-up.”

Those who were paid with that money, however, are left to wonder what lies in store for them.

“I just can’t imagine what was going through her brain that day,” said Sara Kauss, a Jupiter-based photographer, who said she enjoyed meeting the Darvilles and working the wedding. “She should have worked hard and saved up and then planned this wedding.”

Police were called to the pawn shop, on Southwest Bayshore Boulevard between Crosstown Parkway and Port St. Lucie Boulevard, on Nov. 17. They spoke with two other owners, Keith Angelotti and Scott Matthews. Angelotti and Matthews said Darville, their operations manager, takes care of their finances. The three owners have individual Bank of America credit cards for the company’s account, and Matthews is the primary name on the account. 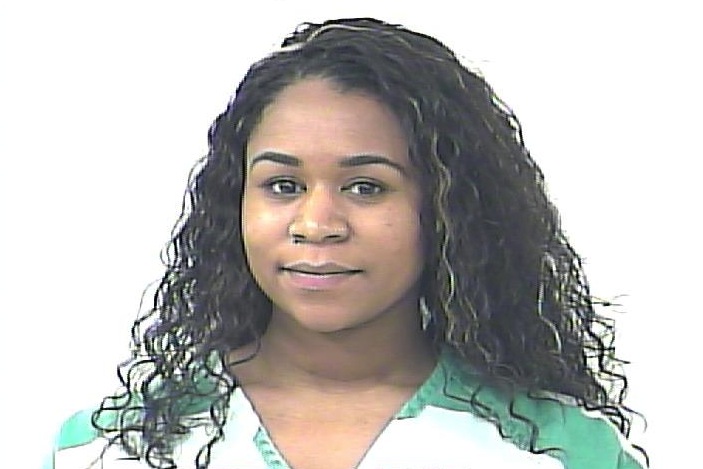 The charges were from wedding vendors such as photographers and planners and for renting the casino. Police said Matthews asked Felix about the transactions, and Felix said he didn’t know anything about it. Matthews and Angelotti spoke with Darville, a store employee for about eight years. She acknowledged using the cards for her wedding but blamed it on her father. She said she never told him about the $10,000, but he told her one time she could use Angelotti’s card.

Darville said she recently left the company and is now a stay at-home mother. Darville met with police Monday and admitted to using her employer’s credit card account 14 times for her wedding. She also said she used around $3,000 from her employer’s checking account to pay some of the credit-card charges.

Police say Darville also told them she intended on repaying the business in full. Police say the $10,000 to her father’s credit card was with his permission, but Darville did not have permission to charge $39,286.24 to the company’s account. She also said she has repaid $17,161.49 but has no record of it.

“Everyone in that business, the other partner as well, has used the company credit card for other expenses and paid it back,” Darville said Wednesday. “It was being paid back, so it really wasn’t an issue at all. Or so I thought.”

Has the definition of stealing changed? When you take something that doesn’t belong to you and without the permission of the owner, it’s theft, whether you know the people or plan to return the item(s). What are your thoughts? Post your comments below.