“Love & Hip Hop” couple Yandy Smith and Mendeecees Harris have had a roller coaster of a few weeks. Mandeecees Harris has faced charges of both sexual abuse against a 15-year-old girl and drug trafficking, as well as a possible firing from the show. Yandy took to her website EGL (Everything Girls Love) to clear up a few issues and get things off her chest. 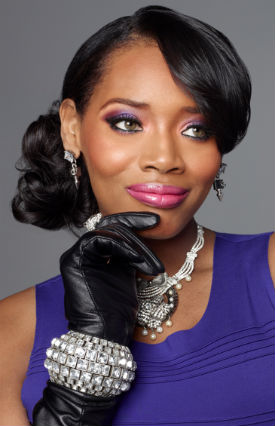 The past few weeks have been some of the hardest days, hours, and minutes of my life. I found myself torn between a man that I know and love, and an accusation that makes me sick to my stomach. I hoped and prayed that someone I loved so dearly could not be guilty of such a disgusting and shameful act… I hoped, but I did NOT assume.

I chose to stay silent until I was able to hear both sides and form my own opinion. I went to court every single day; I listened intently to the case from both sides ready to face whatever truth was revealed.

In the end, the truth is Mendeecees Harris may be many things, but he is NOT guilty of the heinous accusations made against him. I won’t get into much detail because at the other side of this is a young woman that regardless of the outcome, remains broken. I pray that she is able to move past this and realize her full potential and I pray that the world is able to accept that in this case justice was served.

As a woman, mother, daughter, sister, friend, and a human being, it breaks my heart when I hear of crimes committed against children. There is nothing worse than offenses against those whose lives are so precious and who look to us to guide them and help them understand the world. Children that are abused are robbed of their innocence, their childhoods, and their self-esteem. They’re robbed of their optimism and dreams and forced to see the evils of the world before they can see the beauty.

My life has been and will continue to be devoted to empowering women and helping young women to aspire to accomplish and go after their dreams and because of this, I would never knowingly or willingly support or condone any behavior contrary to the very things I stand for. I am so thankful to the people who supported us and stood by our side through what was an extremely overwhelming and challenging time.