First of all, Teresa had a baby sitter, I thought she never uses one as she has stated fervently her sister in law uses them although there’s nothing wrong with that. Be careful who you p*ss off, it will come to bite you in the butt!

Part two of the Real Housewives Of New Jersey reunion is set to provide plenty of fireworks as Teresa Guidice and Jacqueline Laurita once again trade insults and accusations. Both women accuse each other’s husbands of cheating on them, while Jacqueline also claims the Guidices get violent with each other. Whoa! 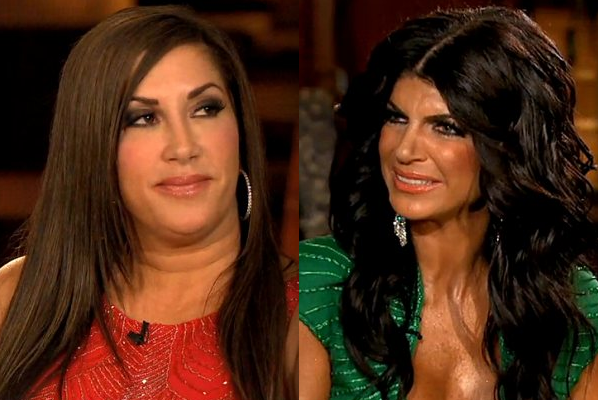 She says to Jacqueline in regards to her husband Chris: ‘Didn’t he cheat on you a long time ago? That’s what you told me.’

Jacqueline denies the allegation but Teresa’s next comment causes her to get down to some serious mudslinging.

Her co-star says: ‘Fine, then he didn’t cheat on you. That’s why you told me you didn’t trust him. That’s why he’s not allowed to go out.’ 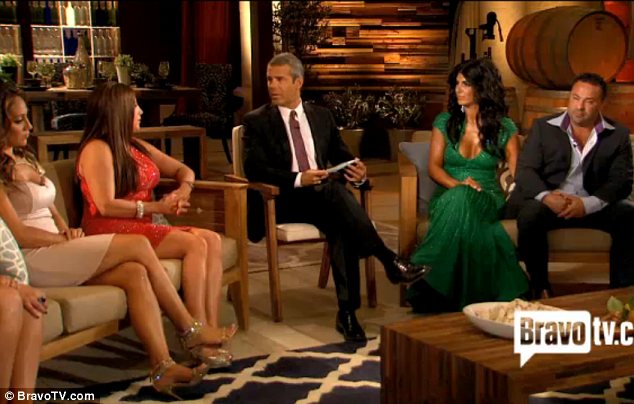 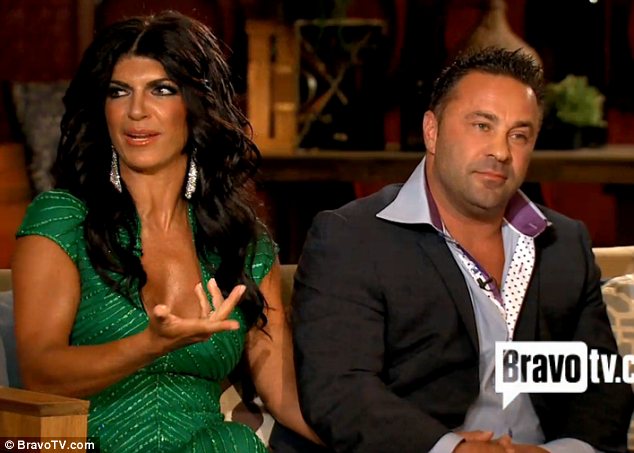