Love & Hip Hop Hollywood stars Yung Berg and Masika Tucker are still a couple. Even after her beat the breaks off her and tried to choke her. Last month Yung Berg was arrested for brutalizing, choking, dragging and kicking and obstructing Masika’s breathing, in a New York hotel. They both posted this picture of them in bed, before they both deleted it: 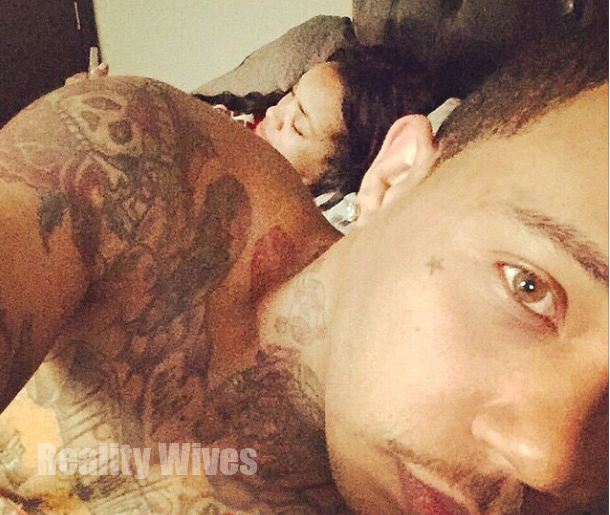 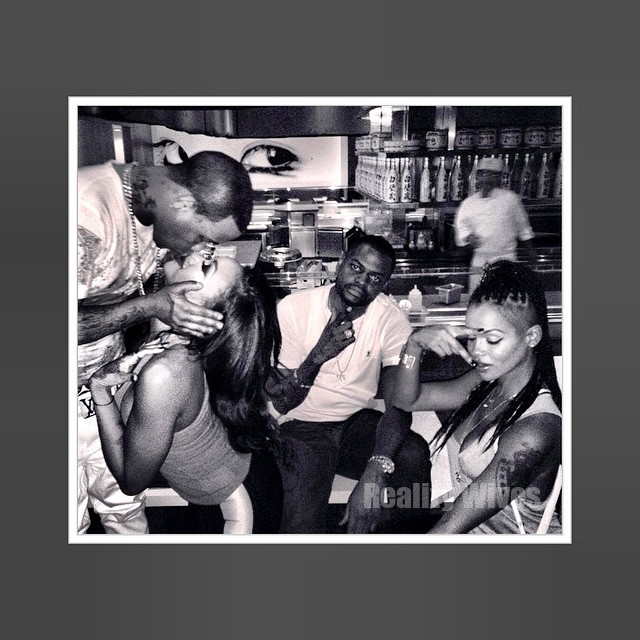 Masika said about the attack:

“My focus right now is him being better. The focus should not be on us being a couple right now. It’s best that we don’t communicate as we were. I feel like the only abuse issue that he has is alcohol abuse. I do feel like he has a drinking issue and that’s the issue at this time. It was not an abusive situation. The stories were just erroneous.”

Masika said about all the rumors that came about after the altercation, which took place 17 hours after the taping of the season 1 reunion show. As a result of the, Yung Berg was arrested and charged with obstruction of breathing. So if this didn’t happen, why was he charged if she wasn’t a complaining witness. Masika is lying to protect her abuser.