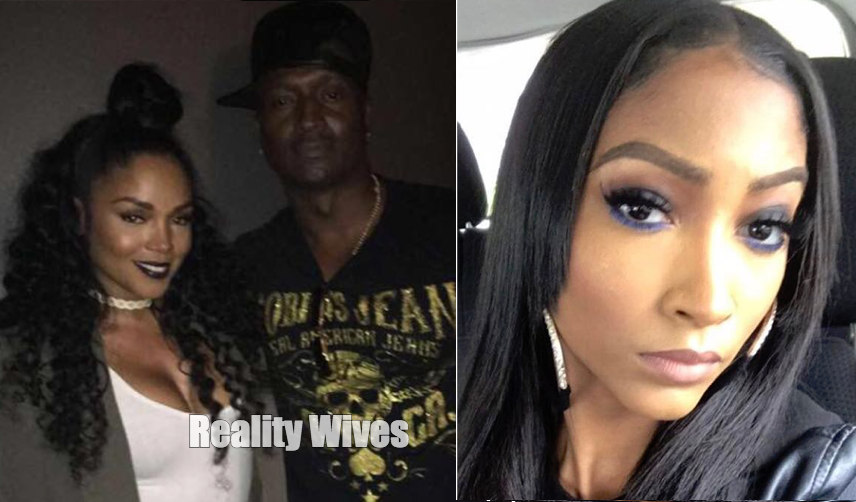 Kirk Frost has had it up to here with all the side baby drama!

The Love & Hip Hop Atlanta star was in for a huge surprise when he showed up to co-star Joseline Hernandez’s masquerade ball and was confronted by Jasmine Washington —who claimed that she had given birth to their love child over the summer. But Kirk is remaining adamant that he is not the father of her baby and he just wants to move past the drama so he can focus on his marriage with Rasheeda Frost.

"Kirk’s just trying to live his life man and be the best husband he can to Rasheeda,” a source revealed. “He doesn’t trust Jasmine and wants her to get the hell out of ATL so bad that he’d love to give her $5G’s so she can just disappear. As far as Kirk’s concerned, the kid isn’t his.”

Jasmine claims that Kirk is the father of her infant son Kannon. Her baby also has a name that starts with a “K,” like Kirk’s two other children that he shares with Rasheeda — 16-year-old Ky Frost and three-year-old Karter Frost.

The 27-year-old former stripper accused Kirk of having an affair with her even though he has been married to Rasheeda for about 18 years. She currently has a lawsuit against him in court demanding that he take a paternity test and start paying child support.

“He doesn’t know or understand why she’s trying to ruin his life,” the source continued. “[Kirk is] over Jasmine and her harassing threats attempting to make a spectacle of him in court.”

Re: Kirk Frost Denies Having Another Baby, Wants Jasmine Washington To "Disappear"

Re: Kirk Frost Denies Having Another Baby, Wants Jasmine Washington To "Disappear"

Very hard to believe. Kirk is a liar and everyone knows it. Rasheeda and Kirk are still together but I think it's because Rasheeda doesn't want to ruin ratings. If viewers knew for sure that Jasmine was Kirk's side chick/baby mama they most likely wouldn't watch the show.
0
Show post links
Top
Post Reply Previous topicNext topic
3 posts • Page 1 of 1