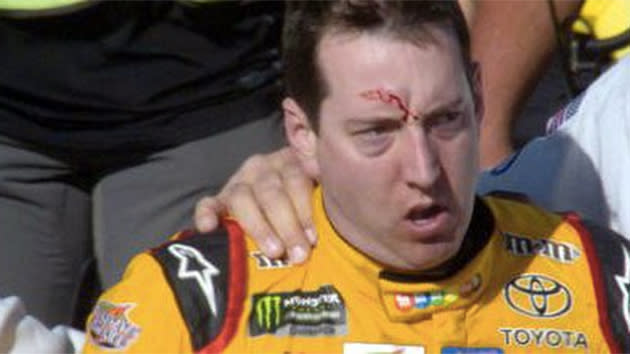 Kyle Busch thought Joey Logano did him dirty during NASCAR's Kobalt 400 race so he went after the guy with fists after spinning out.

Busch rushed Logano and his crew on pit road Sunday after Logano appeared to have made Busch spin out in the race costing him a shot at victory.