Of course it makes no sense. 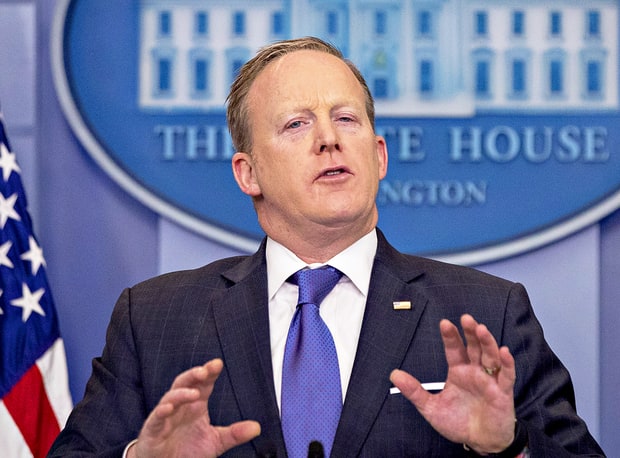 The White House on Monday walked back a key point of President Donald Trump's unsubstantiated allegation that President Barack Obama wiretapped his phones in Trump Tower during the 2016 election.
Namely, White House press secretary Sean Spicer said Trump wasn't referring to wiretapping when he tweeted about wiretapping.
"I think there's no question that the Obama administration, that there were actions about surveillance and other activities that occurred in the 2016 election," Spicer said. "The President used the word wiretaps in quotes to mean, broadly, surveillance and other activities."

Wiretapping is a narrowly defined surveillance activity that involves tapping into "a telephone or telegram wire in order to get information," according to Merriam-Webster dictionary.
Spicer also said that Trump was referring to the Obama administration broadly -- and not accusing Obama of personal involvement -- when he tweeted that "Obama had my 'wires tapped' in Trump Tower" and accused Obama of being a "bad" or "sick guy." 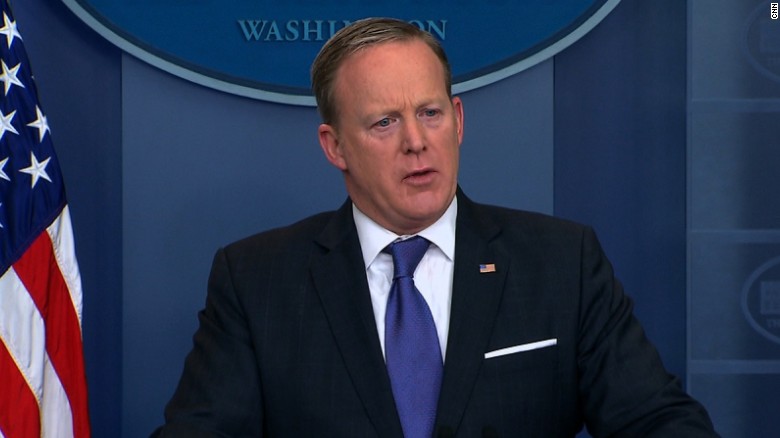 Spicer's comments came on the same day as the deadline for the Justice Department to provide evidence to the House Intelligence Committee to back up Trump's claim. The White House has so far refused to provide any evidence, and numerous former officials have denied the existence of any warrant to wiretap Trump Tower.
A week earlier, Spicer said Trump's tweet "speaks for itself" and declined to provide any further explanation.

But Monday, Spicer was open to providing an interpretation for Trump's tweet, saying the President told Spicer he was referring to means of surveillance beyond wiretapping in his tweets accusing Obama of doing just that. 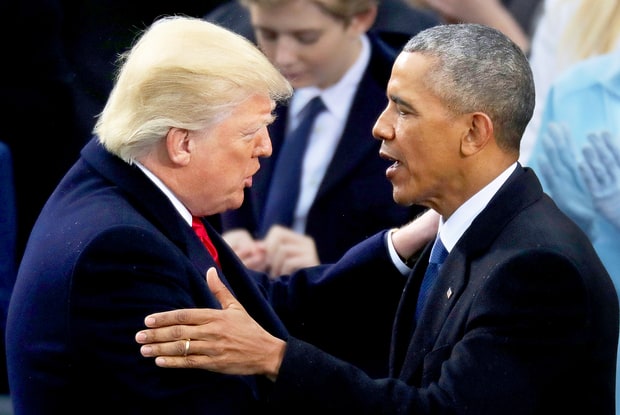 But in each of the four tweets Trump fired off leveling the accusation, Trump referred specifically to phone tapping -- and only used quotation marks in two of those.
"Terrible! Just found out that Obama had my 'wires tapped' in Trump Tower just before the victory," Trump said in his first tweet.
"Is it legal for a sitting President to be 'wire tapping' a race for president?" he asked in the next.
Then, Trump tweeted that Obama "was tapping my phones in October" and had stooped low "to tapp (sic) my phones during the very sacred election process."

But Spicer was not the only White House official to provide an alternative definition of the word "wiretap" despite Trump's clear language.
White House counselor Kellyanne Conway also addressed the wiretapping claims in an interview Sunday with the Bergen County Record, suggesting that other covert surveillance methods used by the CIA -- as revealed by Wikileaks last we

"Do you know whether Trump Tower was wiretapped?" Bergen County Record columnist Mike Kelly asked Conway on Sunday.
"What I can say is there are many ways to surveil each other," Conway said, before suggesting that surveillance could take place through phones, TVs or "microwaves that turn into cameras."