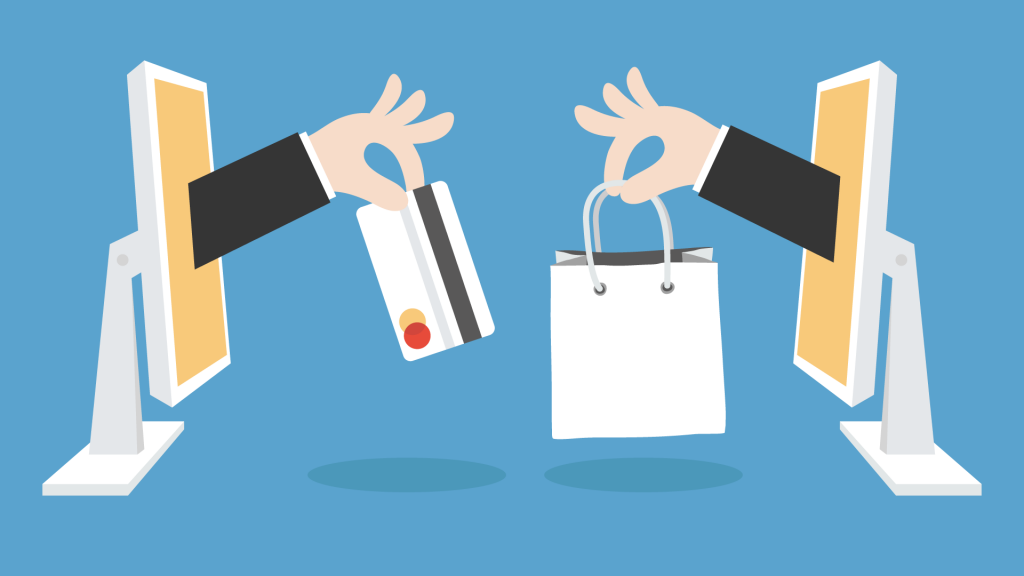 As some of you know I have a history with facebook.

I used to watch most of the shopping networks on TV during my off days. So when I joined facebook I not only made fan pages but groups for television shows, networks etc.

I created groups for QVC, HSN, then ShopNBC and Gem Shopping Network, which I watched periodically after ShopNBC/Shop HQ/Evine Live became boring to me. The hosts were hilarious, and some of the jewelry was nice. I used to watch with a friend over the phone laughing and enjoying the shows.

On the 9th November the group was restored by facebook after I emailed them for a reason, and on the 17th November, Gem Shopping Network’s lawyers emailed me, here are a few snippets of the letter:

Your use of the term Gem Shopping Network on Face Book while promoting sales of jewelry is likely to cause confusion among the purchasing public as to the source of the respective services and tends to represent falsely that your recruiting services are legitimately connected or associated with or are sponsored or approved by our client, all of which constitute service mark infringement and unfair competition in violation of 15 U.S.C. §§ 1114(1) and 1125(a).

We realize that you have a history of making fan pages and attempting to profit therefrom. As such, we are skeptical of your intentions with this site, especially since we do not have a record of you ever purchasing merchandise from the Gem Shopping Network.

Therefore, you are required to cease immediately from any further willful and unauthorized use of The Gem Shopping Network in the advertisement, promotion, offering for sale or sale of gems or jewelry. Gem Shopping Network, Inc. considers your infringing activities to be a very serious matter and will undertake whatever action is required to enforce its rights in this matter. If you immediately comply with our client’s demand,
it will not seek an accounting of the monies your company has received as a result of your use of the “Gem Shopping Network” mark.

This is the first message you see before joining and when entering the group:
“This group is for fans of the Gem Shopping Network, all posts must be pertaining to GSN, the products & hosts ONLY. 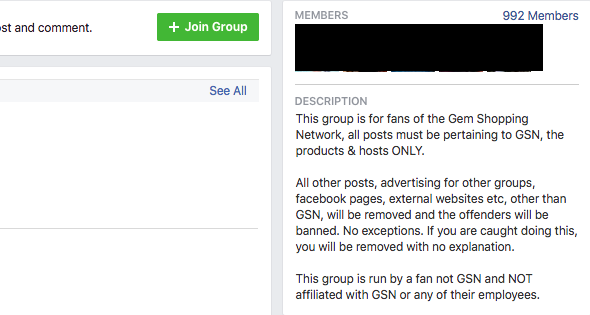 All other posts, advertising for other groups, facebook pages, external websites etc, other than GSN, will be removed and the offenders will be banned. No exceptions. If you are caught doing this, you will be removed with no explanation.

This group is run by a fan not GSN and NOT affiliated with GSN or any of their employees.”

I’m not fighting with a low ranking TV network, who doesn’t even have a random wikipedia page.

Everyone in the group knows we have no affiliation with Gem Shopping Network. QVC ($2B sales), HSN ($600M sales) & Evine Live $200M sales) numbering 1, 2 and 3 in the most profitable shopping channels in the US, all have facebook groups run by me, with no selling and chat about only the respective stations. They obviously have no concept of what a group is and have problems with facebook groups not me.

So I have to ask myself the question, what is Gem Shopping Network’s gripe with it’s fans on it’s only 900+ member group? If anything the group is bringing more awareness to the fledgling network as more people are aware since they are obscure. Whatever their problem is, it’s not financial as we don’t make money off anything. I have not gained a penny from the group. Members post videos of their purchased FROM Gem Shopping Network, talk about the hosts on GEM SHOPPING NETWORK, laugh about shows or moments on GEM SHOPPING NETWORK! So I don’t know why they think people are confused or think we are selling jewels.

Whoever is feeding the powers that be at Gem Shopping Network these confounded lies who then regurgitate the same lies to the lawyers are wasting their time. According to Facebook: “Facebook Groups are the place for small group communication and for people to share their common interests and express their opinion. Groups allow people to come together around a common cause, issue or activity to organize, express objectives, discuss issues, post photos and share related content.”

We share a common interest with this group which is Gem Shopping Network – we made it clear we are a fan group, not the official Gem Shopping Network group of which there is none. Anyone who uses facebook knows groups are places where members can vent, share, chat, laugh etc. There are no “official groups” or even any verified groups on facebook. That’s what verified pages are for.

This is the first time I have ever heard of an entity or business going after a facebook group.

Ridiculous. What are your thoughts? Post your comments below.

Thank you Stacey, for giving us another way to connect.
0
Show post links
Top

You're welcome! You are the first member!! I'm making some updates, so this will be user friendly and working on an app.
0
Show post links
Top
Post Reply Previous topicNext topic
3 posts • Page 1 of 1